ASTM, OSHA and ANSI: A Complete Guide to Safety Footwear 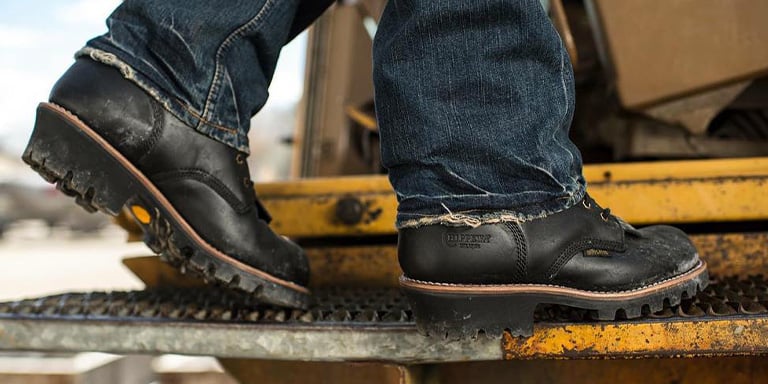 Safety is one of the most important aspects of being on a job site. However, regulations can be confusing and difficult to follow. That's why we came up with a simple, easy-to-read guide to help explain the ins and outs of safety footwear.

What Are Safety Footwear Regulations

There is an endless number of on-the-job hazards: powerful tools and machinery, working from great heights, chemicals that are harmful when inhaled — the list goes on and on. Some of these dangers can cause serious injuries to workers' feet: impacts, electrical shocks, compressions and punctures, just to name a few. Safety footwear technology was developed specifically to mitigate and eliminate these hazards. At the same time, safety footwear regulations exist to outline the level of protection safety footwear must provide, and which work environments require which safety features.

Ensuring your work boots are up to par with safety footwear regulations isn't too difficult — footwear manufacturers put their boots and shoes through rigorous safety tests and, if the footwear passes inspections, it can earn any number of safety labels. These labels are usually found on the footwear's tongue (or noted on a website's description page if you're buying work boots online), and they're awarded by organizations whose job it is to test the protective capabilities of work footwear.

Before jumping into the safety standards themselves, it's important to understand who creates and enforces them. There are two groups to know about: ASTM International, which creates the regulations, and the Occupational Safety and Health Administration (OSHA), which requires workers and companies across the country to adhere to those regulations. 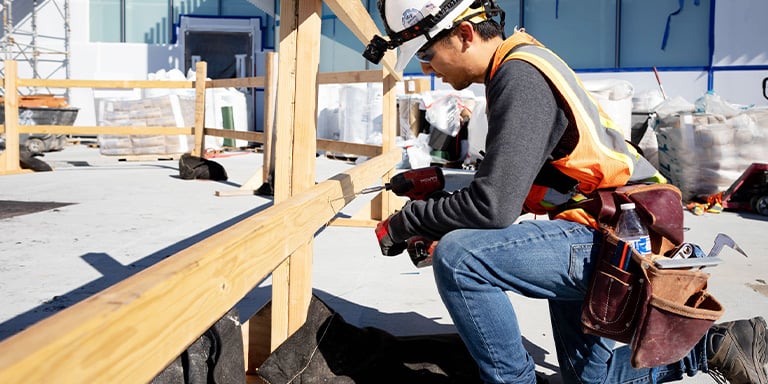 ASTM International (formerly the American Society for Testing and Materials) is an organization that develops standards for a range of services, systems, materials and products worldwide. Made up of well-qualified volunteers, ASTM International performs lab tests on safety footwear to determine what level of protection is considered safe (or unsafe) on the job. It's ASTM's labels that end up on the tongues of your boots, and ASTM's safety tests that decide which boots qualify for those labels.

There are two ASTM International documents that govern safety footwear: ASTM F2413 and ASTM F2412. The former outlines the level of protection that safety footwear features must provide for workers (and the labeling system used on boots and shoes themselves), and the latter is, essentially, a guideline for researchers and scientists that details the laboratory methods used in safety footwear testing. 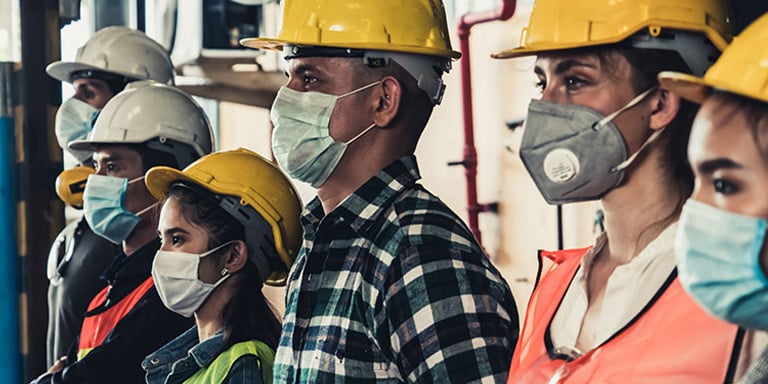 If you've worked on a job site at all, "OSHA" and "workplace safety" should be practically synonymous. The Occupational Safety and Health Administration is a government agency that works to assure safe, healthy working conditions across a variety of industries. While OSHA implements and enforces safety rules for just about everything (including safety footwear), they don't just come up with those rules on their own; they seek advice from industry professionals like ASTM International to help create their guidelines.

Section 29 of OSHA's Code of Federal Regulations 1910.136 maintains that employees need to wear safety footwear "[W]hen working in areas where there is a danger of foot injuries due to falling or rolling objects, or objects piercing the sole, or when the use of protective footwear will protect the affected employee from an electrical hazard, such as a static-discharge or electric-shock hazard." Given the broad scope of those requirements, it's likely that you'll need footwear with safety features more often than not.

As far as deciding which features you'll need for your specific job, your employer should have that covered for you — OSHA recommends that a company's safety personnel (or a hired consultant) should conduct an assessment to determine which safety features your job calls for. From there, all you'll need to do is find a pair with the appropriate features. 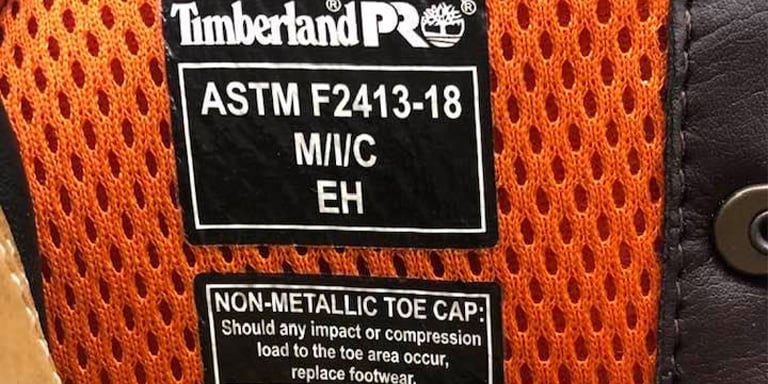 Work safety footwear offers a range of protective features that defend against a number of hazards, but ASTM specifically outlines regulations for the following eight:

Many of these protective features offer a range of protection. Again, your employer should let you know what level of protection you'll need for your job site (though in many cases, they'll require you to have the most protective style available).

Your toes aren't the only part of your foot that may need protection from falling objects; the metatarsal bones that run across the top of your feet are just as prime a target. Many pairs of safety footwear are made with a leather flap with metal or plastic inside called a met guard. These guards fold over the laces of the boots, protecting the metatarsal bones.

Just like safety toe boxes, met guards are rated for 75, 50 and 30 foot-pounds of protection, with most employers recommending Mt/75 met guard boots. The protection ratings are the same, too: Mt/75 boots offer protection from a 75-pound object falling from a height of 1 foot.

A safety toe box or a met guard simply can't protect your feet from a falling object that weighs over 1,000 pounds, even if that object were dropped from just a few inches. Compression, on the other hand, is much easier to protect against than impacts, and as a result, there exists footwear that offers protection against massively heavy objects rolling onto your feet.

Compression-resistant boots and shoes are labeled C/75, C/50 or C/30 and protect against rolling objects that weigh 2,500, 1,750 and 1,000 pounds, respectively. In other words, if a small car that weighed 2,400 pounds rolled over a mechanic's foot, and that mechanic were wearing C/75 boots, their feet would be protected.

Some work sites lend themselves to potentially dangerous electric shocks. Live circuits, electrically energized conductors and other parts are extremely hazardous. Luckily, there are electrical hazard-resistant pairs of footwear that insulate against accidental electrocution. To qualify for an ASTM rating, this footwear must provide protection against open circuits up to 600 volts in dry conditions. For reference, a typical wall outlet puts out 120 volts; protection against 600 volts is more than enough in most settings.

There have been many instances of accidental fires and explosions caused by static discharge. Static electricity builds up naturally in a person's body, flammable or explosive fumes and vapors accumulate around them, and an accidental static discharge acts as the match that sets everything ablaze. Static dissipative footwear conducts static electricity to the (grounded) floor to prevent these sorts of accidents.

Similar to impact resistance, metatarsal protection and compression resistance, static dissipative footwear comes in three protective ranges: SD 100, SD 35 and SD 10, whose soles offer resistance levels up to 100 megaohms, 35 megaohms and 10 megaohms, respectively. The higher the resistance level, the easier it is for static electricity to dissipate into the floor.

The thick, rubber outsole of a boot or shoe provides ample puncture protection from materials like sharp plastic or glass. Sharper objects like scrap metal, screws, nails and other hazards, on the other hand, can cut through regular boot soles with ease. Puncture-resistant footwear ensures protections against these kinds of materials by way of a non-removable metal plate placed between the insole and outsole of the footwear. These metal plates, though heavy, are rigid and strong enough to prevent accidental punctures in the majority of cases.

While electrical hazard-resistant footwear provides adequate protection for most workers on most job sites, dielectrically insulated (DI) footwear goes the extra mile. These large, all-rubber overshoes provide additional protection against much larger electrical hazards, like power lines. Their use is uncommon and generally reserved for specific needs in specialized industries; typically, you won't need this level of electrical protection on the job.

Chainsaws are normally used around chest height, safely distanced from the feet of their users. Still, some chainsaw-heavy jobs may require boots with chainsaw protection (CS) to keep your feet safe from the quickly rotating blades. Like dielectrically insulated boots, footwear with chainsaw protection is uncommon and very industry-specific. Your employer will be sure to let you know if you need them.

ASTM International quite literally produces thousands of safety labels for thousands of hazards across dozens of needs, products and industries. Because of that, the labeling standards can become confusing and difficult to understand. We'd like to clear up some common points of confusion about safety footwear and their labels and standards.

Firstly, it's important to know that ASTM safety labels weren't always the only ones workers had to know about. For quite a while, footwear used safety labels from another professional industry group, the American National Standards Institute (ANSI). At one point, OSHA's Code of Federal Regulations cited both ASTM International's F2413 and ANSI's Z41-1999 guidelines for their safety footwear standards. The two sets of rules were essentially the same, though, so on March 1st, 2005, OSHA removed all references to ANSI's Z41-1999 and has cited only ASTM's F2413 since.

Though the ANSI standards are mostly out of date, many companies and manufacturers still reference them; still others may describe their safety footwear features like this: "ASTM F2413 (formerly ANSI Z41)." All that matters from a user perspective, though, is that the labels for impact protection (e.g. I/75), compression protection (e.g. C/75), static dissipation (e.g. SD 100), etc., are the same both for ASTM and ANSI.

As mentioned above, ASTM maintains two documents regarding workplace safety footwear: F2413 and F2412. The first document, F2413, describes the levels of protection provided by safety footwear and the labeling system used on the footwear itself. The second document, F2412, outlines the testing parameters for scientists and researchers to use to determine whether or not a certain pair of footwear qualifies for certain safety standards (impact resistance, static dissipation, compression resistance, etc.).

Manufacturers are often eager to provide as much documentation as possible to demonstrate that their footwear is up to safety codes. As a result, you may see some boots or shoes labeled as meeting "ASTM F2412 and ASTM F2413 standards." To avoid confusion, you can disregard the ASTM F2412 labels; as a worker, you only need to ensure your footwear is on par with ASTM F2413.

Though footwear safety standards can be a bit dense and overwhelming, once you strip them down to their most important components, they're very easy to understand. It's essential for workers everywhere to understand these regulations and comply with them to the best of their abilities in order to stay safe and well protected at work.

Did you find this article helpful?

It appears your browser does not have cookies enabled. In order to check out, enable browser cookies and refresh the page.

If you are still having problems, please contact our Customer Relations Department at 636-680-8061.